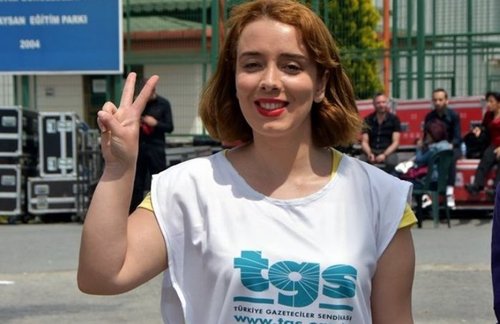 “At least 10 attacks on women journalists in Turkey in September”

The Coalition for Women in Journalism (CFWIJ) released its report “Press Freedom for Women Journalists” for September 2021.

The report shared the following details about Turkey:

“At least three female journalists were embarrassed by police forces as they followed the September 1 World Peace Day protest in Istanbul.

“Seven women journalists were prevented from following the Kobani trial which took place in Ankara. Learn more about the case.

At least two female journalists were physically assaulted by police as they followed the September 1 World Peace Day protest in Istanbul.

Jinnews journalist Öznur Değer has been investigated for his messages and stories about the murder of seven related relatives in Konya. Read on for details.

“The court sentenced Nurcan Kaya to fifteen months in prison on terrorism-related charges and deferred the announcement of the verdict. (EMK / SD)

What investors saw in Ozy Media