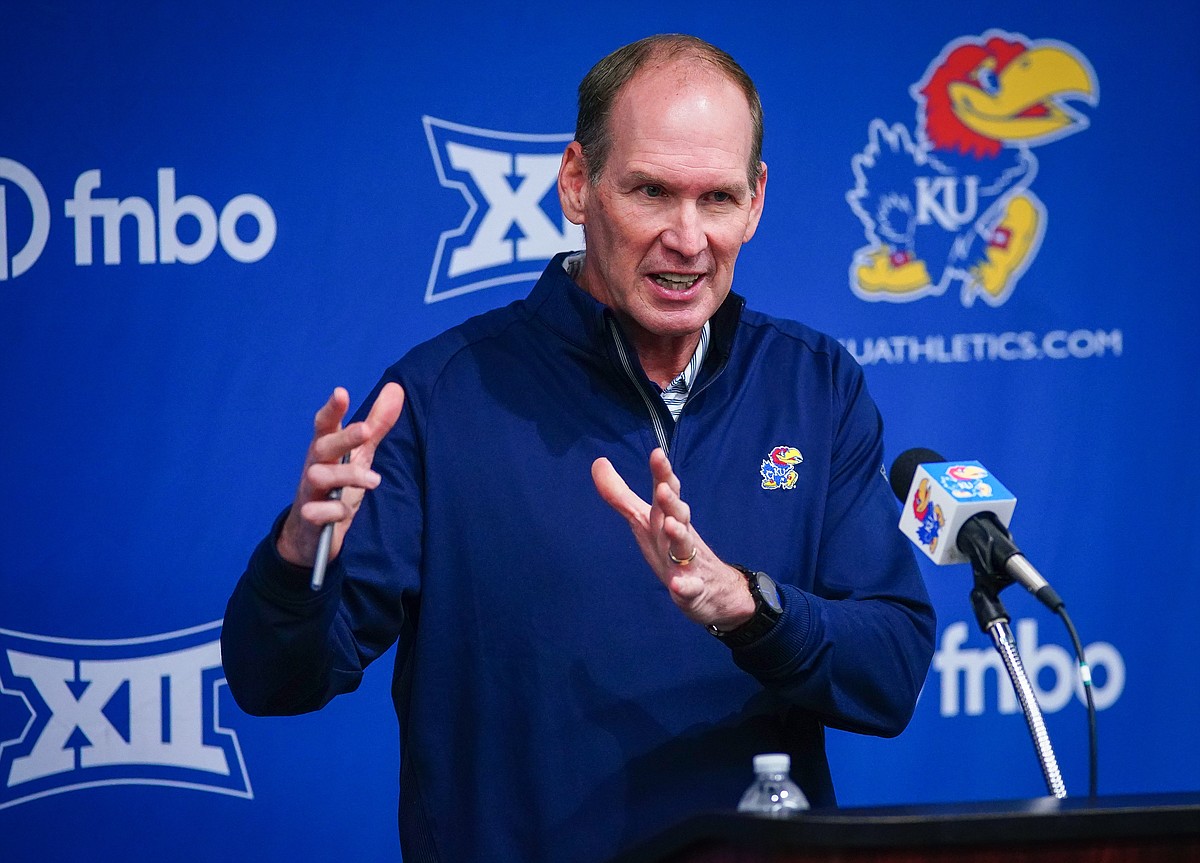 Head football coach Lance Leipold chats with members of the media on Tuesday, May 18, 2021 at the Anderson Family Football Complex.
by Nick Krug

The six Buffalo players who announced this week that they will follow Lance Leipold to Kansas are huge additions because of the positions they play and the culture they can help create.

But before I go too deep into analyzing things, it’s worth pointing out that I didn’t watch a single snapshot of University of Buffalo football last season.

So I don’t know who can play, who can’t and what the strengths and weaknesses of these guys are.

It’s been 28 days since Leipold was officially introduced as the Jayhawks’ new head coach, and although almost everything he has done over the next four weeks has conjured up the image of a coach who knows what it does, the fact remains that Year 1 in Kansas is still a major challenge.

These additions, however, can make the job easier. Not necessarily from the point of view of wins and losses. Rather, the idea of ​​laying the groundwork and establishing the culture of what Leipold and society hope will lead to an eventual turnaround in Kansas.

Charlie Weis has done it to some extent, but not with the kind of players Leipold brings with him. The Weis guys at Notre Dame were either part-time players at the end of their careers with the Irish or came to KU with injury issues.

David Beaty also tried it with a Texas A&M transfer or two, but his attempt was even less successful.

Leipold brings with him accomplished players who would all have been an important part of the Buffalo squad in the 2021 season.

Eddie Wilson and Novitsky were all-conference caps last season and considered among the MAC’s most talented comebacks.

McGee, Miller and Trevor Wilson are players who worked within the system to establish themselves as key parts of Buffalo’s future, moving from special team duty and learning from the upper classes to spot starts and key roles in Buffalo. as reserves.

While Buffalo has had a lot more success than KU in recent years, the Jayhawks’ roster has finally started to look like the one that belongs to the Big 12. Conference. So the competition the Leipold crew will have when things start should be tough. None of those six players – nor any other that Leipold might yet bring with him – will receive anything at KU.

But whether they earn starting jobs and play major snaps or fall into reserve roles, bringing them into the program strengthens both KU’s depth in key positions – especially the offensive and defensive lines – and gives the a substantial sounding board remains on the list.

These guys know Leipold and his assistants. And they can answer the rest of the Jayhawks’ current questions: why is this, how is it done, and when will we get to this?

The mere fact that many of these Buffalo transfers can actually play is purely a bonus. There is no doubt that their skills and talent can help speed KU’s shift from the dwellers down and the eternal laughing stock to a competitive program that can start talking about winning games again.

But even if that doesn’t happen right away, these guys can still play a huge role in rebuilding the program.

On the one hand, they all have several years of eligibility remaining, which means they too are investing in the future of this program.

For two, their understanding of how Leipold and his coaching staff run their program will be huge in helping the rest of the roster understand it and adjust faster.

It might not be the same as landing Oklahoma Jalen Hurts from Alabama, Kyler Murray from Texas A&M or Baker Mayfield from Texas Tech, but by Kansas standards it could end up being everything. also big.

More important than all of this is the fact that the willingness of these six players to follow Leipold to Lawrence clearly shows how much of an impact he has had on the players he has coached in the past. And if he can make that same kind of bond with his players at KU, there might be hope for the future of Kansas football.

Town Talk | “A New Tradition”: 3 Lawrence Organizations Team Up This Year for a…