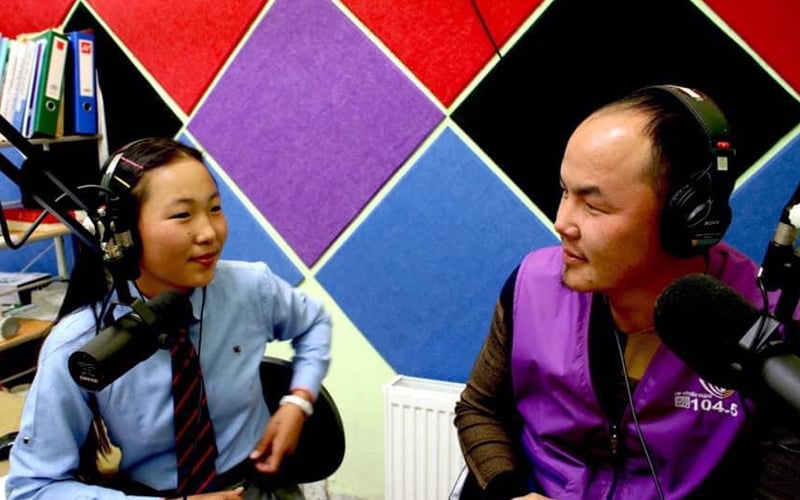 PETALING JAYA: With so much going on in the world, it’s the journalist’s responsibility to cover current events, highlight issues, and give voice to people. World Vision’s Mongolian Child Journalist Project aims to provide young people with the expertise to do just that.

As part of this program, young people in Baganuur, in the Mongolian capital of Ulaanbaatar, are being trained to become journalists through a district-wide club.

There are currently 2,787 Malaysian sponsored Mongolian children, whose contributions enable them to acquire journalism skills.

A teacher, Zoljargal, told FMT that the club enables members to voice issues that are important to them, with an emphasis on child-focused projects, activism and child-friendly reporting.

“We accept our differences and listen to what each other has to say,” says 15-year-old Khaliun, who credits her innate curiosity and sense of adventure to her interest in journalism.

“Having to prepare the news independently; spreading the news to others; do research; meet lots of new people; and the opportunity to hear different stories caught my attention, ”she told FMT.

Suvd-Erdene, 17, is eager to play her part in making a difference through the program.

“The problem-solving process is very slow in Mongolia. Adults and children do not have the chance to develop and participate equally in our society, ”she says.

“I would like to close this gap and change the mindset and bad behavior of people.”

Young people work on topics such as World Children’s Day and issues such as the protection and discipline of children. It might sound serious, but 16-year-old Nasanjargal is confident that she and her peers are up to the task.

“I am very proud to be a young journalist. We are encouraged to speak up and talk to adults, asking them to take our thoughts and feelings into account when making decisions that will affect us.

She, too, believes the time has come for a meaningful change. “I hope I can run a campaign that will help overcome the problems faced by children; that all children can look forward to a bright future.

This World Vision endeavor is particularly important in a country where journalism is not necessarily held in high esteem.

Lamenting that the older generation considers this to be an unsustainable career, Nasanjargal said: “This kind of thinking has to do with their lack of information about social journalism.”

Journalism is often seen as ‘men’s work’, Zoljargal says, but the number of female students in the club is encouraging.

“We recognize the importance of having gender equality in this profession,” she says, adding that women journalists are often not paid as well as their male counterparts and that working women tend to struggle with it. household responsibilities.

“Journalism is a busy job, but women are great at multitasking and are capable too.

“To move towards a healthy society and have healthy journalism, gender issues should not stand in the way. “