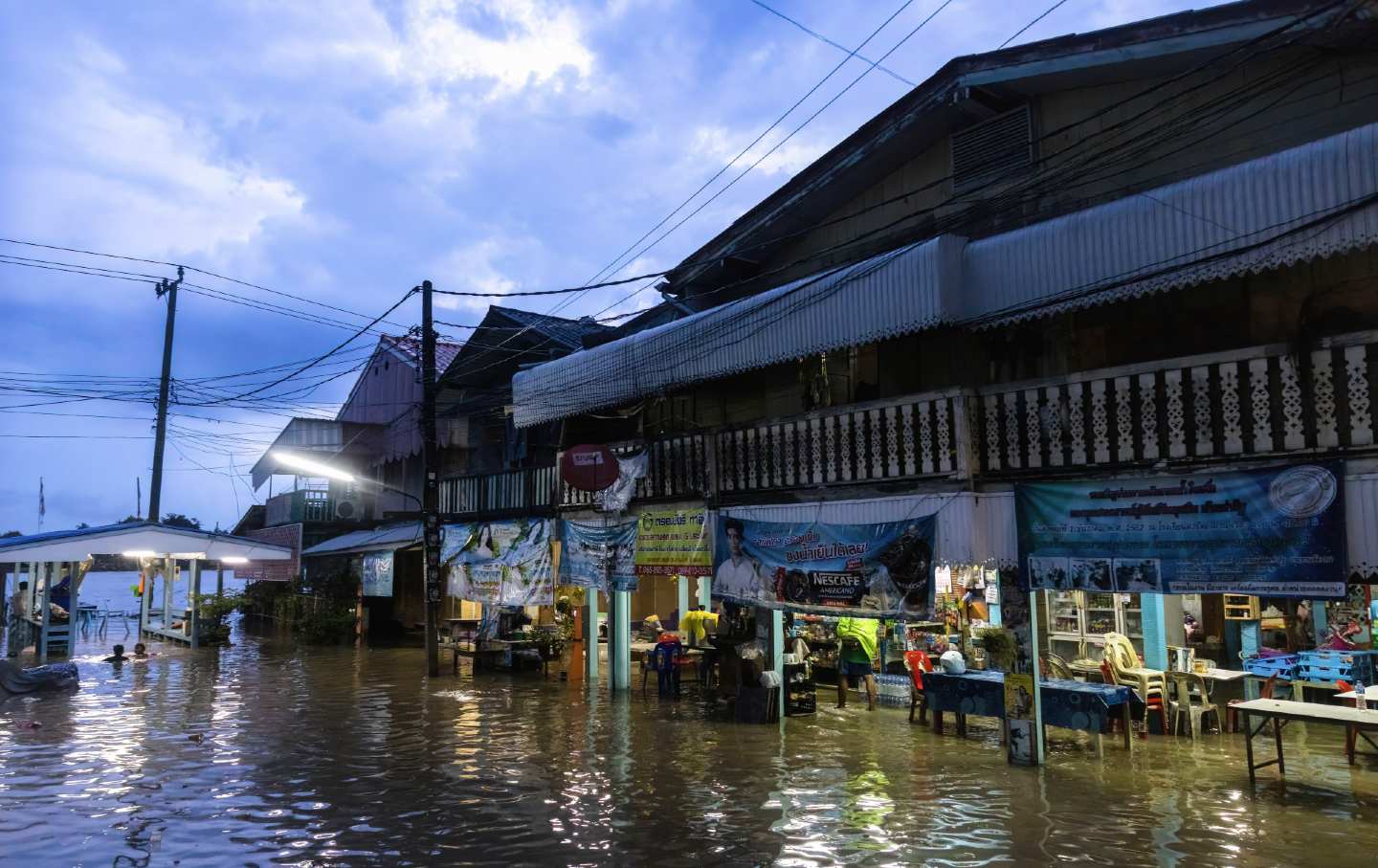 This column is part of Covering Climate Now, a global journalism collaboration co-founded by Colombian Journalism Review and The nation to strengthen coverage of climate history. Mark Hertsgaard is the Executive Director of CCNow and the Environment Correspondent of The nation. Kyle Pope is editor and publisher of CJR.

IIt has taken too long, but the mainstream media – finally and hesitantly – seems to realize that the climate crisis is a story that can no longer be ignored. Until a few years ago, many of the most influential news organizations in the world, especially in the United States, relegated climate history to the fringes. What we called “climate silence” prevailed.

What a long way. Today, it is not uncommon to see a climate article every day or two on the front page of The Washington Post Where The New York Times, where Sarah Kaplan, Somini Sengupta and Hiroko Tabuchi, among others, produce exceptional reporting. TV channels, long behind in climate reporting, also join them, especially in their morning news broadcasts, where weather experts Al Roker at NBC, Jeff Berardelli at CBS and Ginger Zee at ABC speak often what they do not hesitate to call. “The climate crisis” or even “the climate emergency”. CNN, NPR, the Los Angeles Times, and other mainstream media are hiring journalists, editors, producers and more to staff new or expanding climate units.

It’s not just US newsrooms that are increasing their climate coverage. “Media attention on climate change or global warming in August 2021 was the highest level of coverage [in] almost 12 years, ”reported the University of Colorado Media and Climate Change Observatory, which has long monitored climate coverage of dozens of major print, digital, radio and television media outlets around the world.

Is this coverage sufficient? Not yet, not even close. And there are still plenty of missteps, like when six of America’s biggest commercial broadcasters reported 774 Hurricane Ida in the storm’s first 72 hours and only 4% of them mentioned the words. ” climate change “. But the journey to greater and better climate coverage has clearly begun, and the days, decades indeed, of simply ignoring history seem to be over.

How could they not be? This year’s unprecedented heat, drought, wildfires and storms are changing public attitudes. Three in four Americans now believe global warming is happening today, and 70 percent say they are “very” or “somewhat worried” about it, according to a Yale Program on Climate Communication survey.

Which portends a silver liner of the climate challenge for newsrooms: Engaging in climate history can be good for business. As people worry about climate change, they naturally want more information about it. Mainstream news outlets, especially television, don’t need anything as much as they need a younger audience. Covering climate change is key to building credibility and attracting these audiences, many of whom say they are wary of mainstream media, in part because of their past climate silence.

With the story finally in the headlines, the question rose from whether to cover climate change – responsible editorial staff have settled this issue – to How? ‘Or’ What to cover it up: where is the balance between hope and fear? How do you engage an audience that may think it doesn’t affect them? How to restructure the editorial staff so that the history of the climate is central?

Covering Climate Now, the nonprofit media consortium we co-founded in 2019, urged our colleagues in the news industry to answer these questions directly. Over the past two years, we’ve been delighted to see CCNow reach over 400 partner outlets, reaching a combined audience of around 2 billion people. Together, we have tried to identify and disseminate best practices that journalists around the world can apply to make their climate coverage more accurate, insightful and effective in engaging audiences.

Today, October 6, we’ll be showcasing some of the world’s best climate coverage through the 2021 Covering Climate Now Journalism Awards. Journalists from television, radio, print, digital and photography from around the world submitted their work; we received nearly 600 applications from 38 countries. The finalists represent the state of the art in climate journalism and can serve as a role model for journalists around the world looking to improve their climate game.

We were among the four dozen judges for this year’s inaugural awards. Looking at the finalists, several themes of strong climate coverage emerge:

We’re not here to spoil any surprises for you: This year’s winners will be announced in a special video co-hosted by NBC News’s Al Roker and Savannah Sellers. This program is not a typical awards ceremony, this program provides insight into the global climate emergency as reported by journalists receiving the awards. It illustrates how powerful storytelling, science reporting and the inequalities of climate change are central to exemplary coverage of the defining history of our time.

We are touched by the ambition and talent of the winners of these awards, and grateful for the growing sense of community among journalists covering climate history – a community that should include us all, because climate change is a story. that touches every beat in every newsroom. The press is still a long way from where it needs to be on climate history. But we find ourselves, in this hopeful autumn, a little closer.

Perfect weather for the Home Run? Maybe not!