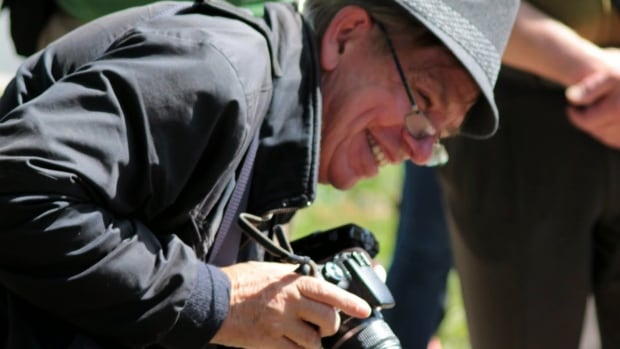 DeVet launched the Nova Scotia Advocate in 2016 to be a voice for rarely heard Nova Scotians. The online publication, funded entirely by donations from readers, aimed to fill the void left by other media and tackled issues such as poverty, gentrification, racism, prisons and disabilities.

Gary Burrill, Nova Scotia NDP Leader, said DeVet’s style of journalism has a long history in the province, stretching back 100 years to publications from industrial Cape Breton and the work of James Bryson McLachlan , coal miner, trade unionist and editor of the Maritime Labor Herald.

“A kind of journalism that is unabashedly engaged and engaged on the side of people who have been sidelined and marginalized in their experience,” Burrill said, adding that DeVet had never asked him about softball, even though the two men came from the progressive left.

DeVet has been the owner, publisher, editor and editor of The Advocate. The retired official was present at almost every protest or demonstration in the Halifax area for many years, Burrill said, taking photos and interviewing attendees for the lawyer.

Prior to founding The Advocate, DeVet worked for the Halifax Media Co-op.

Burrill said he last saw DeVet about six days ago, when the reporter was at Citadel Hill covering a climate justice protest and trying to climb the hill in front of much younger protesters to get a best angle for photos.

Ingrid Waldron met DeVet in 2016 when he came to interview her about the ENRICH project she had started three years earlier. The community project is dedicated to studying the causes and effects of toxic industries located near Mi’kmaw and African Nova Scotian communities.

She said that although DeVet had a gruff demeanor, she was struck by his sensitivity and empathy for the marginalized.

Describing him as a “‘renegade”‘ and a “rebel”, Waldron said DeVet was always determined to do whatever he wanted the way he wanted and “wouldn’t take nonsense from anyone.”

“What I really liked about him was that he was like an advocate journalist,” she said. “He used his journalism to advocate for communities and I really appreciated him for that.

Waldron said what set DeVet apart from other reporters was his willingness to make a story about a community and follow that story over time. Something, she says, that most journalists don’t have time to do.

She first met DeVet when they worked together on income assistance and welfare reform with a community group. Traynor said DeVet covered stories about marginalized people and communities in Nova Scotia in depth that the “mainstream media” couldn’t or wouldn’t.

“He interviewed people whose lives have been directly affected by government systems, political systems, oppression, injustice and neglect,” Traynor said. “And in this he brought their voices to life and raised the issues that needed to be made public.”

Traynor said DeVet’s death is an “immeasurable loss” to communities and the province, and leaves a void she is not sure will ever be filled.

In a post on the Nova Scotia Advocate Facebook page on Friday, DeVet’s son said the Advocate would cease publication but would be kept as an archive indefinitely.

The Advocate was a “labor of love,” wrote Simon De Vet, adding that 100% of donations from readers, minus a small amount for website expenses, were used to pay independent contributors.

De Vet said his father put a tremendous amount of work into the publication, personally editing each article and carefully organizing everything that went live.

“My father ran the Lawyer in a way that reflected his own beliefs,” he said. “He was never neutral and proudly held signs and chants at rallies he attended.”

De Vet said he hoped his father had shown there was room for many types of journalism in Nova Scotia.

Weather: Take advantage of dry weather this weekend as next week will be rainy | Time